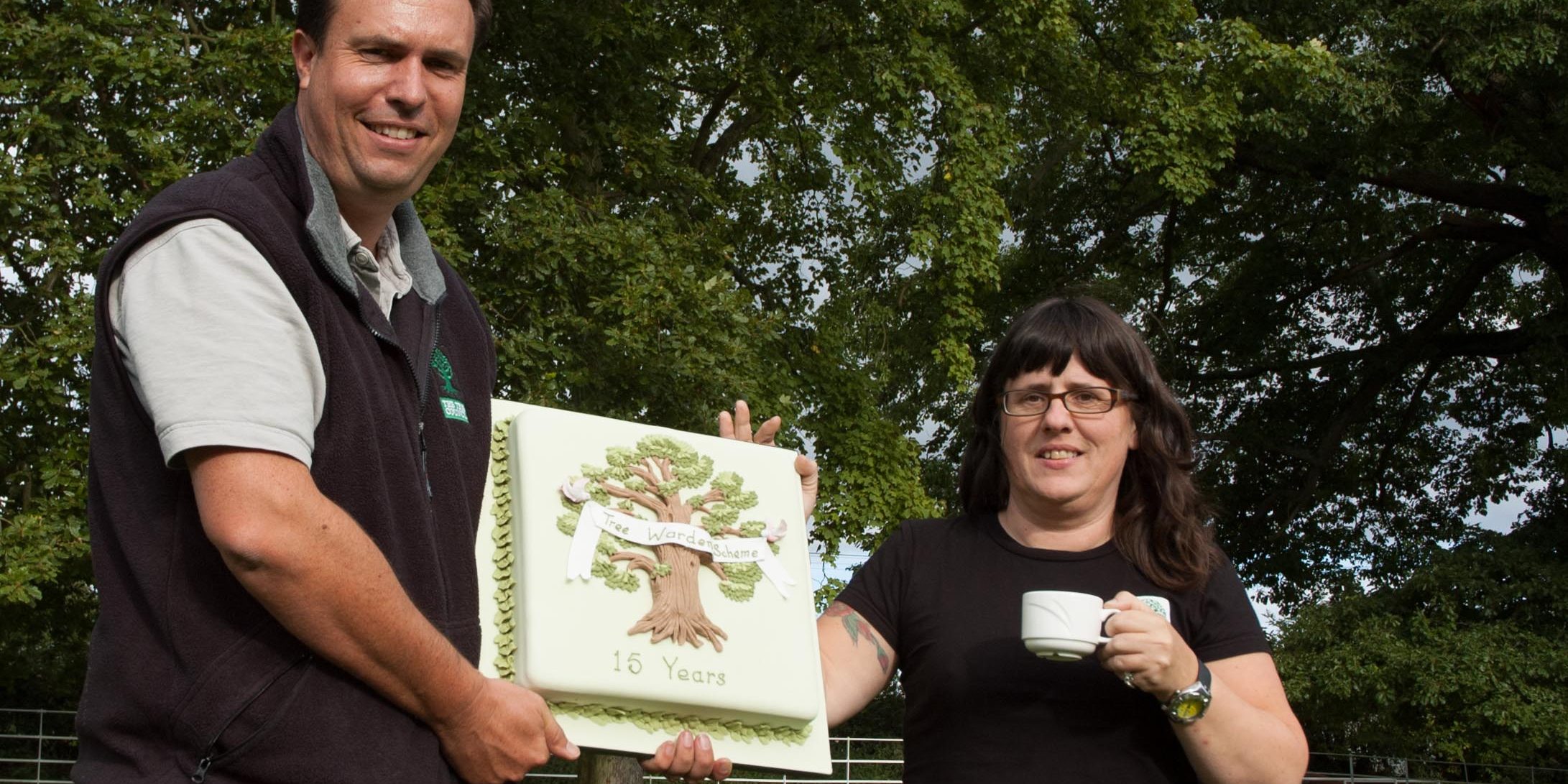 Our Director of Trees, Science & Research, Jon Stokes has been with us for 30 years this week. We asked him to reflect on his three decades, and what lies ahead for trees.

What are your first memories of starting at The Tree Council, 30 years ago?

It was a completely different world then. The environment wasn’t high on the agenda. We were just starting the Tree Warden Scheme, which had first been developed in East Sussex and Leicestershire, and rather than relying on people’s voluntary support to achieve our own projects, we wanted to enable people to do something in their own patch. We shared our expertise so they could do something to look after their own environments. Nobody had done that before at a national scale.

So does Tree Wardening have a special place in your heart?

It’s been my purpose, and the thing I’ve truly cared about most over the thirty years – giving people the skills to do something for trees.

How have things changed?

We started as a small organisation with a posh address in Belgrave Square but a tiny office. We’ve changed buildings several times, but the thing we’ve carried with us is the enthusiasm. With this new team, almost anything seems possible. It feels like the moment for trees is now and we aremaking a difference.

Is there anything special about the current interest in trees?

The current opportunity is a unique one. We’re on the ascending edge of the natural cycle, where enthusiasm about things ebbs and then flows. It’s coincided, as it usually does, with something that’s happening in the world, and this time it’s climate change. The secret for us is to keep trees on the agenda, whatever the current fashions are.

Those that know you will know you have a lot of memorable stories to share! Tell us a couple of favourite memories from over the years.

Finding the Llangernyw Yew in 1995 which is the second oldest tree in Europe and second largest Yew in Britain. That was a great adventure. We had found a yew tree in Wales which was 30 feet in girth, so after discovering it we went to the pub nearby to celebrate, and the landlord there told us there was another yew that was 35 feet in the next village along. So off we went to find it…naturally we all trooped off to the pub to celebrate again, and the landlord said again that there was an even bigger one nearby – and that tree was the Llangernyw Yew, at 44 feet around! [Editor – this story may be in part apocryphal!] This tree could be up to 500 years older than Stonehenge, but because it’s a tree and not a building, it doesn’t have the special protections that Stonehenge does. But discovering that tree led to a new conversation about getting people to see trees as part of our heritage.

Another great memory is our Guinness World Record for the most trees planted by the public in three days in 1999. We planted something like 135,000 trees with communities the length and breadth of the country. We held the world record for at least ten years – the award is still hanging in our office.

What is The Tree Council’s vision for the future? What’s next?

Over the last thirty years, we’ve been on a mission to make non-woodland trees – that’s trees in streets, parks, gardens and beyond – matter to people as much as forests and large woodlands. And for the first time, people seem to be starting to get that.

My aspiration for the next decade is that we get people to see trees as individuals – to recognise them as personalities. They are not just habitats but entities in their own right, that have characters and quirks and traits.

What have you enjoyed most about your time working for The Tree Council?

‘Tree people’ are almost universally lovely people. They are interesting, enthusiastic, generally really nice people. So, I’ve travelled the world looking at trees with other tree people, and it’s been wonderful to be with people who understand why they matter, and who I’ve genuinely liked!

That would be too long a list! But my thoughts do regularly return to my second Director General at The Tree Council, a man named Colonel Robert Osborne. As a tank driver in the army he had driven over many trees, and so felt a moral obligation to plant many more to replace them! He was the one who looked after me when I was finding my feet in the tree business. In fact, when I started in the tree world at the tender age of 22, I was surrounded by a generation of older people, who were an unbelievably great generation of tree people. David Lonsdale, Derek Patch, Joan Webber, Ted Green, Caroline Davies to name but a few. These people were generous with their knowledge and helped youngsters like me to find our feet. I now feel the need to help the next generation; to do what those giants of the tree world did for me and pass on my love and enthusiasm for trees as they did all those decades ago.

But most of all, I would like to thank every Tree Warden, past and present. There are some Tree Wardens who have been there since the very start, that know as much about trees as I do, if not more! Tree Wardens are selfless, committed and humble people. They play such an enormously important part in their local community and to all of them, I would like to pay huge tribute. It has been, and will continue to be, a privilege to have worked alongside you for the love of trees. Here’s to the next 30 years. The work has only just begun!

Whenever you meet Jon, he shares the wonders of the natural world with such brilliant story-telling that you are not only instantly hooked, you leave the conversation infinitely more knowledgeable and inspired to take action. Jon brims with a love of trees and wildlife, backed up with scientific expertise, which he has the happy ability to share colourfully with all ages and walks of life. Jon has played a key role in the life of The Tree Council from its earliest days and has himself, become one of the ‘great tree generation’. We are hugely grateful to him for his dedication over the past decades and look forward to many more years to come. Thank you, Jon.