You are here:
NewsViews 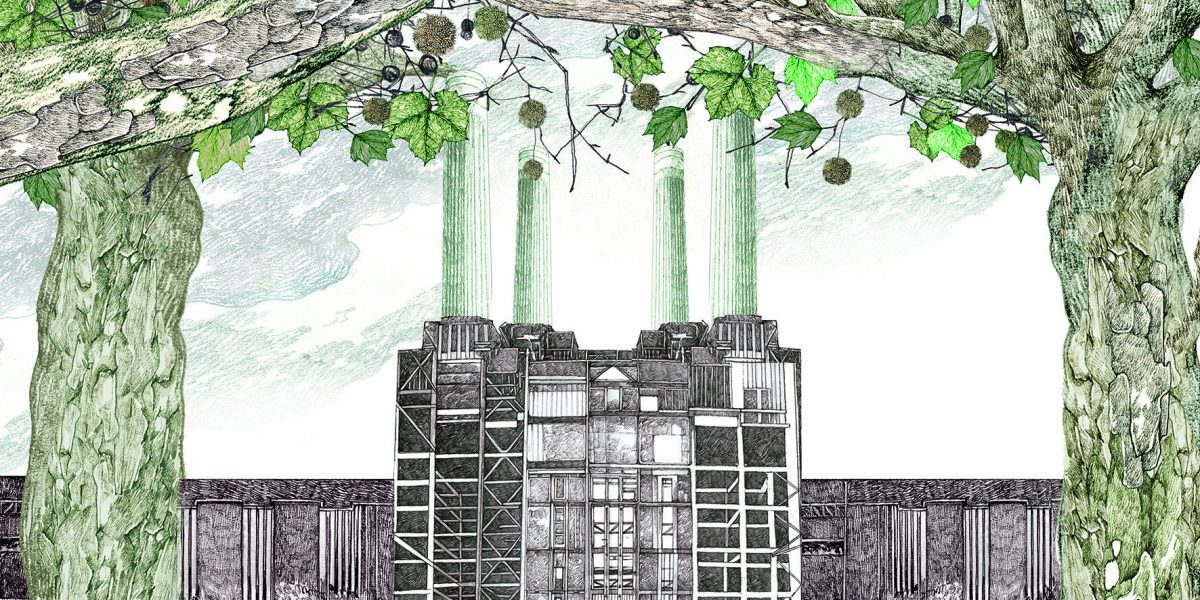 To celebrate the paperback issue of his beautiful book Around The World in 80 Trees, bestselling author and environmentalist Jonathan Drori shares this special extract about some of his favourite trees that can be found in Britain.

I grew up near the Royal Botanic Gardens, Kew, London. My parents, an engineer and a speech therapist, shared a passion for plants and they inspired my brother and me with beauty and botany.

One of my earliest memories is of a spectacular cedar of Lebanon, near our home. One winter morning we found it dead, its trunk and limbs strewn haphazardly and being sawn up. It had been struck by lightning. That was the first time I saw my father cry. I thought about the huge, heavy, beautiful thing that was hundreds of years old and that I had thought invincible, and wasn’t, and my father, who I had thought would always be in benign control of everything, and wasn’t. I recall my mother saying that there had been a whole world in that tree. I remember puzzling over that.

My mother was right. There was a whole world in that tree, and so there is in every tree.

With cascades of delicate, pendulous branches that sway in the breeze, the silver birch is as graceful as a ballet dancer. Its fluttering leaves are pale- green diamonds, serrated and borne on slender twigs, warty from their resin glands. Its implausible paleness is an adaptation, helping trees that lack the shade of dense foliage to keep cool trunks in the day-and-night sunshine of a northern summer, or in the glare of snow. The bark of young birches is invitingly smooth.

In 1988 the Finnish people – ever enthusiasts for democracy – voted the silver birch their National Tree. Their choice had little to do with its commercial use for pulp and ply, nor its excellence as firewood, but was an expression of emotion. By day, the distinctive monochrome pattern of snow-clad birch forests is dazzling and disorientating, but during long boreal nights, their moonlit, ghostly forms take on an eerie power. Birches abound in the folk tales of northern peoples and many superstitions and rituals surround the tree.

Some Finns still place birch saplings in doorways as symbolic protection. Birch twigs are sometimes infected by a fungus called Taphrina, which causes them to branch chaotically into tousled nests called ‘witches’ brooms’, and these have supernatural associations in many cultures.

With large maple-like leaves and towering height, the London plane is a tree of pomp and circumstance, a symbol of a nation at the height of its powers. The branches begin high up the trunk so that mature trees have a lofty, architectural quality, giving plenty of shade without restricting the view at street level. Planted throughout London in the nineteenth century to complement the city’s imposing squares and thoroughfares, the plane was the ideal symbol for the capital of a growing empire. Visitors, watching in awe and envy at state processions along plane-lined boulevards between Parliament and Buckingham Palace, would have got the message: here was the centre of a powerful, industrialized country, stable and confident enough to plan a century ahead, where even the trees were incorruptible. How British.

Nowadays Germans fondly remember having their first kiss under linden branches, even if they never did. Proust played on this in À la recherche du temps perdu, in which the narrator dips a madeleine cake into lime-blossom tea, triggering a chain of involuntary memories.

Lime trees harbour aphids that excrete honeydew, a sugar solution enjoyed by ants but an irritation to urban car owners. It rains down in fine droplets and adheres to vehicles, which soon become coated with dust and city detritus. The expensive Mercedes and BMWs that are parked on Berlin’s best-known boulevard, Unter den Linden (‘under the lime trees’), often suffer the effects of the double rows of trees after which the street is named. But, even to a people noted for their inclination to order, a little grime is a small price to pay for such powerful emotional appeal.

The German superstition that beeches repel lightning may have a scientific explanation: lightning probably hits different tree species of a similar height equally often, but beeches may be less prone to damage. Sleek beech bark is easily wetted by rain, so that when lightning strikes, electric current can flow easily down the outside of the tree, causing little damage.

In contrast, the dry crags of oak or chestnut encourage electricity to flow through the wetter centre of the tree, where it causes water to boil explosively, ripping the tree asunder. Or, more prosaically, oak trees may be more common than beeches as single trees in the landscape, and are therefore more likely to be struck.

Around the World in 80 Trees by Jonathan Drori, illustrated by Lucille Clerc, is published by Laurence King Publishing. Available at all good bookshops and at laurenceking.com. Thank you to Jonathan Drori for sharing this special extract with our readers.