The secret to winter tree ID

You are here:
NewsScienceTipsTree Wardens 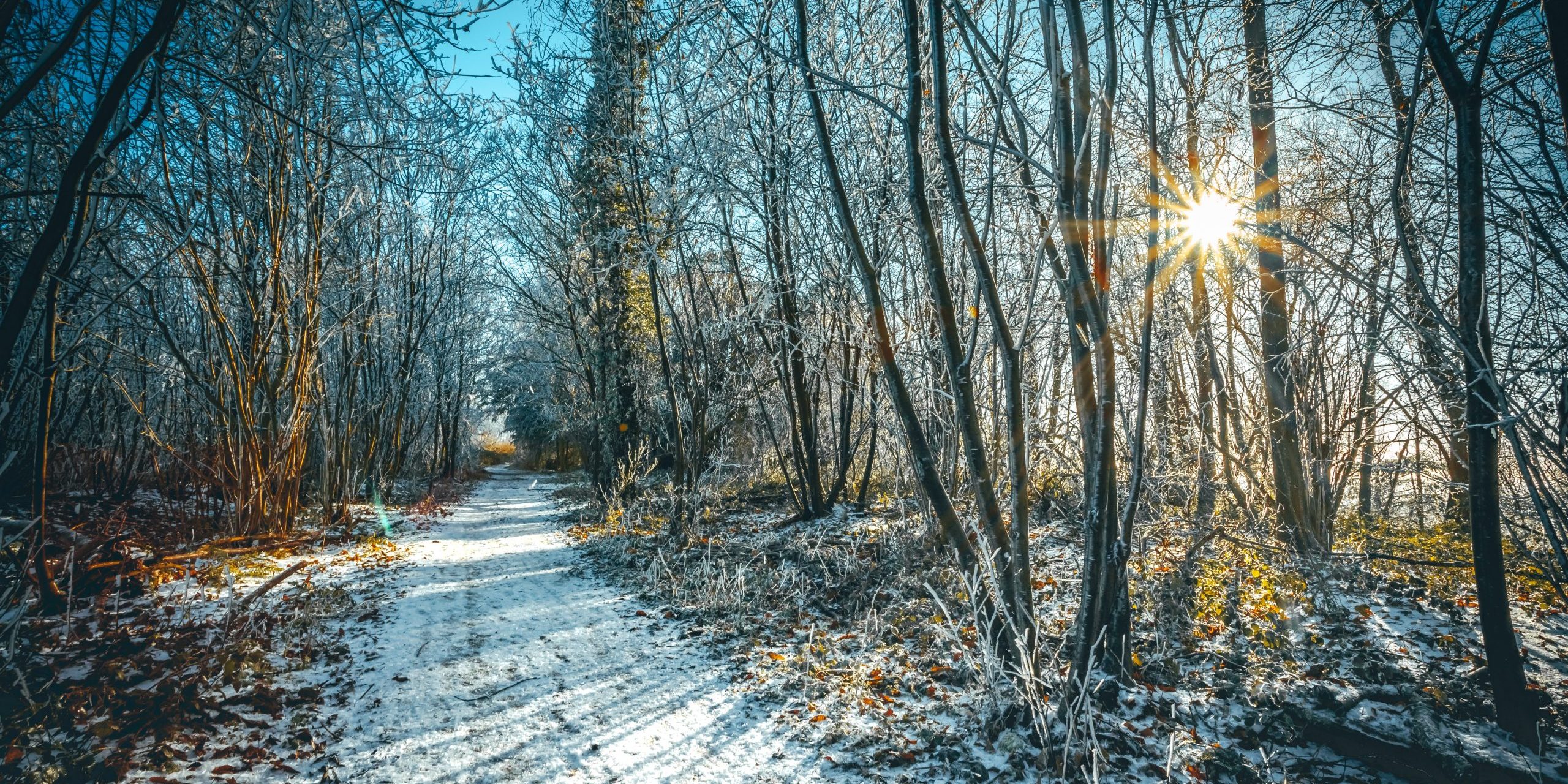 Without their cloaks of distinctive leaves, you could be forgiven for thinking that deciduous trees can all sort of look the same in winter – bare and twiggy. But look a little closer, and you’ll find that there are key characteristics that can help you single out each species, even after they’ve disrobed for winter. Read our winter tree ID guide below and next time you’re out on a crisp winter walk in the woodlands, see if you can identify different trees by looking at their bark, branches, buds and thorns.

Take a close look at the bark

First off, get up close and personal with your anonymous tree subject for an inspection of its bark as this can be a great way to identify them in winter. Bark generally comes in four main types, smooth, peeling, ridged or plated.

Starting from the inside out, a tree is composed of heartwood (a collection of dead xylem cells), followed by sapwood (live xylem cells which transport water). The sapwood, in turn, is surrounded by an inner layer of bark called the bast, composed of phloem cells which carry sugars and nutrients. Next comes a band of cells that are tasked with producing new cork and more phloem. And finally, we reach the outer bark or periderm, a hard covering of dead cork. Trees grow thicker from the inside out every year, which means that their outer cover of bark is forced to regularly expand. How it does this, depends on how the cells in the intermediary band between the bast and the periderm produce cork. If new cork is formed as a thin strip, the oldest outer bark cells are broken down gradually and disintegrate almost imperceptibly. This gives the bark a smooth appearance. Certain species shed this thin outer layer in papery strips that peel off in ribbons. When the new cork band is produced in a thicker blanket, the old dead cork is pushed outwards in a more dramatic fashion which splits the outer cells. These splits can either look like peaked ridges or plates.

Your next step is to check out the branches of your tree and note their shape and direction of growth. A tree branch can grow in one of two ways. If it is monopodial, it will grow in the same direction each year with branching possible on either side. This gives the tree a more uniform appearance. Sympodial species on the other hand, change the direction of main growth every time a new branch is formed. This gives them a twisting, turning, zigzag look. The exception to this rule – there’s always one – is the horse chestnut which has straight growth when it’s young but twists once it produces its first flowers.

During the growing season in spring and summer, trees form buds in anticipation of the next year’s growth. Buds contain tiny leaves, shoots and flowers which remain in the bud over winter and open in the following spring. There are several different types of buds, terminal, opposite, alternate, alternate zigzag, clustered or fuzzy.

When a bud is located at the very end of a shoot, it’s called a ‘terminal bud’. Buds can also be formed at the junction – the node – between a leaf and a shoot. When two buds are located at each node on either side, they are termed ‘opposite buds’. If there is only one bud alternating at each node, we call them ‘alternate buds’. If the terminal bud develops into a flower or dies, one of the side buds will take over the main growth, driving the new shoot to be slightly off-centre with a zigzag appearance. Certain species of trees have terminal and lateral (side) buds grouped closely together forming a cluster, while others have buds that are covered in fine hairs.

Are there any thorns? Or are those spines?

Thorns develop from the stem as short branches and are smart little devices that certain trees have evolved to deter grazing animals from munching on their leaves and shoots. You’ll find thorny trees in hedgerows (the original fences) all over the UK, however there aren’t actually that many thorny tree species on these shores – a key clue when conducting winter tree identification. If you see a thorny shrub or tree, the chances are high that it’s either a hawthorn or a blackthorn.

Instead of thorns, some trees have spines which grow from their leaves. Distinguishing between a thorn and a spine can sometimes be a little tricky.

We hope you enjoy honing your new-found winter tree ID skills. If there’s something you are struggling to identify, let us know on social media and we will do our best to help you solve the mystery!