You are here:
NewsScience 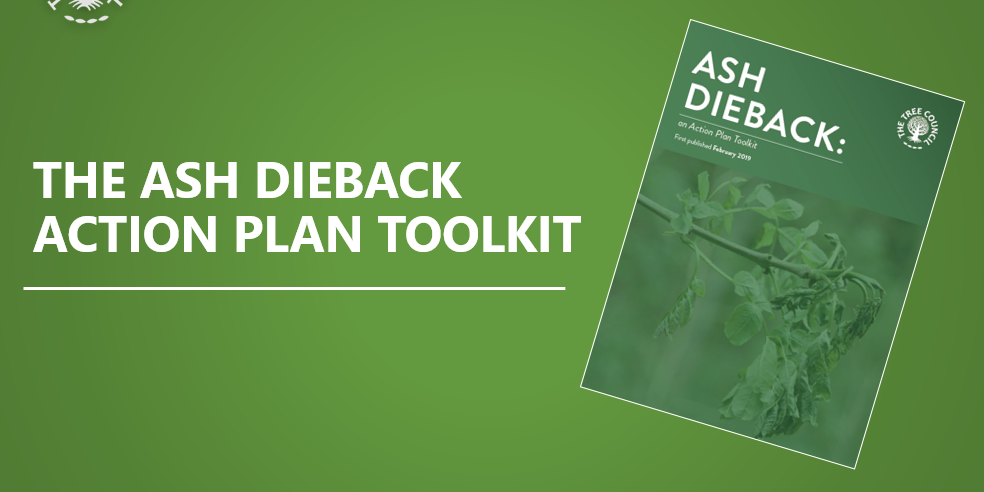 The Tree Council has developed a four-point plan to help local authorities fight ash dieback, the most significant tree disease to hit the UK since Dutch Elm disease emerged in the 1970s.

The plan, to be circulated as an easy-to-use “toolkit”, will:

Ash is the third most common tree in Britain and there are up to 60 million ash trees outside woodlands in the UK. Ash dieback was first officially recorded in the UK in 2012, with only a small fraction of trees proving resistant.

The Ash Dieback Action Plan Toolkit, was prepared by The Tree Council and Fera Science Limited (formerly the Food and Environment Research Agency) with the support of the Department for Environment, Food and Rural Affairs (Defra). It brings together guidance and case studies from local authorities already tackling the issue.

The Tree Council urges local authorities and others managing the landscape to address the threat now and to recruit local volunteers to help identify the scale of the problem. The plan draws attention not only to the significant economic and environmental impacts, but also to the dangers dead and dying trees pose to human health and safety. The plan will be updated as scientists and local authorities discover more about the disease.

“It’s essential we support local authorities to manage the risks posed by the death of ash trees throughout the country. It’s a very real challenge, not only for them but also for our wonderful British treescape. We want our volunteer Tree Wardens to work with local authorities to help monitor and report on diseased trees and support replanting efforts.”

“Since ash dieback was first discovered in 2012, we have been working collaboratively with sectors that will be impacted by the disease. This includes investment of more than £6m into ash dieback research. This toolkit draws together practical guidance from that body of research and from the local authorities that have taken a lead in managing non-woodland trees. We believe this will help all authorities develop responses to the threat at a local level.”

“Developing an Ash Dieback Plan has enabled us to understand the potential scale and level of risk that the disease poses across Leicestershire, and allows us to put in place a proportionate and considered response from across the council that can evolve over time. This will allow us to prioritise resource where needed, and tailor our approach as we learn more about the disease.”

Ash dieback is caused by the Hymenoscyphus fraxineus fungus. It results in leaf loss, crown dieback and bark lesions. Mortality rates of up to 85% have recently been reported on some sites across Europe.  However, a small proportion of trees are showing tolerance to the disease, and Defra are funding research on the mechanisms behind this which may allow tolerant UK ash trees to be bred for the future.

The Ash Dieback Action Plan Toolkit was developed and published by The Tree Council, with the input of many local authorities and other agencies. The Tree Council would like to thank all who contributed to the research. This report has been undertaken in partnership with Fera Science Limited and draws on funding provided by the Department of Environment, Food and Rural Affairs (Defra).

To discuss holding an Ash Dieback Action Plan Toolkit event in your region, contact The Tree Council on 0207 407 9992.

About The Tree Council: The Tree Council (registered charity no. 279000, founded in 1973) is one of the UK’s leading charities for trees, promoting their importance in a changing environment and working in partnership with communities, organisations and government to make trees matter to everyone. As the coalition body for a diverse range of organisations, the Council focuses on getting more trees, of the right kind, in the right places; better care for all trees of all ages and inspiring effective action for trees.

Ash dieback is the most significant tree disease to affect the UK since Dutch elm disease, which claimed 30 million British elms.

Ash dieback has the potential to affect more than 150 million mature trees across the country with many more millions of saplings and seedlings also being impacted. It is estimated that there are up to 60 million ash trees outside woodlands in the UK. The percentage of the UK’s ash trees that are likely to be tolerant to the fungus is still unknown. However, evidence from Europe suggests that 10% of trees will be found to be moderately resistant to the disease, with 1-2% having high levels of tolerance. Individual ash trees will respond to the disease in different ways depending not only on their genetic make-up, but also on their age, location, management practices on site, soil type and levels of secondary pathogens present such as honey fungus.

Sometimes known as ‘Chalara’, ash dieback affects ash and other Fraxinus species of trees and is caused by a fungal pathogen. The fungus, Hymenoscyphus fraxineus (anamorph – Chalara fraxinea), is believed to have originated in Asia and was discovered in Europe during the 1990s since which time it has rapidly spread across the continent.

It was first officially recorded in the UK in 2012, although evidence now suggests it arrived here as early as 2004.

Ash dieback can now be found in 49% of the UK’s 10km squares and over 68% of England’s 10km squares, and it may be even more widespread, as the symptoms can be difficult to detect, especially in large trees.

Read more about ash dieback at the Forestry Commission website here, and at the Tree Council website here.