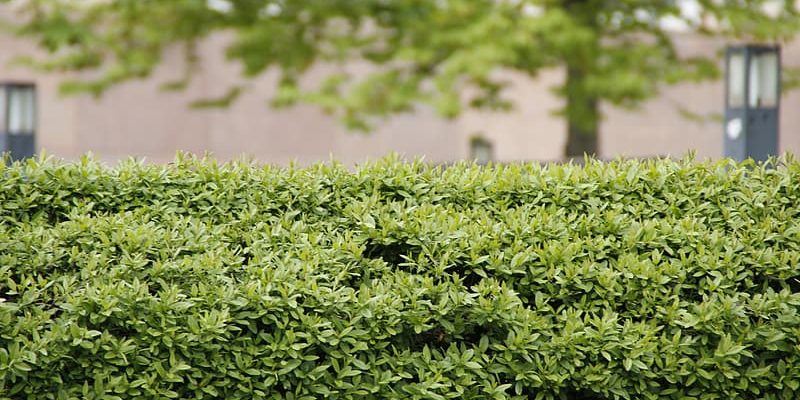 Campaigning for hedges in urban areas

The Tree Council has been promoting the benefits of hedges urban and rural since the launch of our Hedge Tree Campaign in 1999, over the past 18 years we have delivered a wide range of projects that have supported people who plant and manage hedges, made the case for more hedge planting to government and worked with communities across the country by grant funding the planting of wild hedge.

We are passionate about the importance of hedges for people and for wildlife. So, it’s great to see this study that focuses on an additional important benefit which gives us another really good reason to plant more urban hedges.

The harmful impact of urban air pollution could be combated by strategically placing low hedges along roads in a built-up environment of cities instead of taller trees, a new study has found.

The study points out that low hedges reduce the impact of pollution from vehicles in cityscapes where there are large buildings close to roads, far more effectively than taller trees. Higher trees only have more of an impact in reducing air pollution in areas which are more open and are less densely populated by taller buildings.

Urban air quality continues to be a primary health concern as most of the world’s population currently lives in urban areas (54% in 2014), and percentage is projected to rise to 66% by 2050; this is coupled with the fact that one of the main global sources of air pollution in cities is traffic emissions.
Professor Prashant Kumar, who is Chair in Air Quality & Health at the University of Surrey, said future urban planning need to consider designing and implementing more “green infrastructure”, such as trees or hedges in the built environment to create a more healthy urban lifestyle.

Green infrastructure in cities is an urban planning solution for improving air quality as well as enhancing the sustainability of cities for growing urban populations. These green solutions include street trees, vegetation barriers (including hedges), green (or living) walls, and green roofs. They act as porous bodies which influence local dispersion of pollution and aid the deposition and removal of airborne pollutants, making the air cleaner.

Professor Kumar said: “We all know air pollution is a major factor of everyday urban life. This comprehensive review highlights that trees and hedges, as well as other green infrastructure, must be used strategically to help create healthier, less polluted cities that are also more pleasant for everyone to live and work in.
Apart from air pollution reduction, other benefits of urban green infrastructure include urban heat island mitigation, the potential reduction in energy consumption, better stormwater management, and climate change mitigation.

Professor Kumar added: “Under the framework of the iSCAPE project, we are currently performing targeted field investigations to quantify the effects of different types of green barriers along the busy open-road sides. This will help to develop evidence-based guidelines to support future urban planning and the public to make informed choices to “green up” their surrounding environments.”