Why should tree lovers care about beavers? In conversation with Beaver Trust 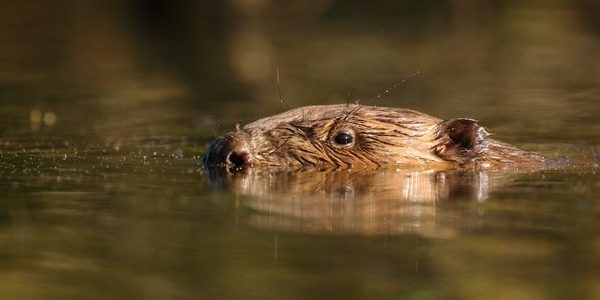 The Tree Council is a partner of the Beaver Trust, who are working to make beavers a recognised native mammal in England and across Britain. We talked to Sophie Pavelle at the Beaver Trust about why this campaign should matter to tree-lovers, too.

Tree Council: So for starters – tell us a bit about beavers!

Sophie Pavelle, Beaver Trust: The Eurasian beaver is the second largest living rodent in the world and totally unique in its ecology and behaviour. Once a regular sight across British wetlands, the human lust for the rich, lustrous fur of beavers and their castoreum (scent glands used in perfumes and medicines) caused a rapid extinction of these amazing mammals.

400 years on, we are at a crucial moment in our story with the Eurasian beaver, with steps being taken in the right direction to re-establish key populations and have it formally recognised as a native riparian mammal.

As well as being gorgeous to look at, beavers are ‘ecosystem engineers’, meaning that they perform specific actions (such as dam building, felling trees, storing water) to manipulate the environment to suit them. It just so happens that by doing so, they end up creating a habitat that is even richer and more hospitable to other plants and animals. The latest State of Nature Report has cited the UK as one of the most nature depleted countries in the world (ranked 189 out of 218). With 1 in 7 species now at risk of extinction and climate change becoming a stark reality, it’s essential that we target conservation around species like the beaver, which exert great benefit on dwindling environments and boost biodiversity – far more than humans could!

BT: Beavers have bright orange teeth, which amazingly, are impregnated with iron – making them utterly suited to a life of arboreal engineering. Walk along the River Otter for example, and you’ll see very quickly a noticeable impact on the trees framing the water. Felled trees, bark strips, beaver ‘sticks’ gnawed at either end…this is all part of the process of a beaver carrying out its daily tasks. On the face of it, it looks like ‘damage’, but only because we have become so accustomed to everything being neat, orderly and predictable.

Beavers are associated with ‘damage’ because they work in an unpredictable way and create enormous environmental complexity – and it only becomes a problem if all this activity happens close to active farmland, roads or public spaces.

When a beaver fells a tree, it doesn’t kill it – it simply turns it from an upright, vertical structure into a horizontal ‘shrub’ that continues to grow and provide refuge for lots of other species. A felled tree across a river that continues to grow, creates nest spaces for birds, refugia for many invertebrates and even creates dappled shade which fish like trout and salmon thrive in.

This is ‘coppicing’, and there’s reason to hypothesise that beavers are the creatures that taught us how to manage a woodland sustainably for wildlife and resources, hundreds of years ago.

TTC: Beavers are described as a ‘keystone’ species – what does this mean?

BT: A keystone species is an animal which exerts a disproportionately large effect on its natural environment relative to its abundance. Beavers are incredible keystone species, causing a wonderful ‘domino effect’ of habitat transformation, ecosystem services and biodiversity benefits, simply through their natural evolved behaviour.

A keystone species is also one that, if suddenly removed from an environment, initiates a cascade of instability – throwing a habitat out of equilibrium which takes thousands of years to achieve. We have become accustomed to a land without beavers – and so their growing presence here in Britain is a chance to witness a keystone species in action, which is an enormous privilege!

TTC: Why reintroduce beavers and how are they better than other landscape management techniques including water management?

BT: Put simply – we need beavers. Our climate is warming and becoming unstable, extreme weather is more frequent and we are starting to experience the unpleasant consequences of our destructive relationship with the planet.

In the UK, flooding and drought are of increasing concern. Beavers are a cheap, failsafe ally in our fight against such events – and it is a total no-brainer to turn to them for help. When a beaver dams a river, it slows the ‘peak flow rate’, so that during high rainfall, the land is much more able to ‘hold’ the water than it would without dams in place. Many studies have shown a decrease in flooding severity and incidence in catchments where beavers have been in place.

With 77% of England alone comprised of farmland, the effects of drought are a real worry. Beavers create complex wetland habitats, which store millions of gallons of water, as well as being an incredible carbon sink. In times of drought, beaver wetlands have been shown to be a vital and consistent source of water for farmers.

The dams also act as a natural water filter, removing pollutants that leach into the water from farmland – ultimately improving water quality.

TTC: What are Beaver Trust and partners doing to address this?

BT: Our small but dedicated team are campaigning to make beavers a recognised native mammal in England and across Britain. Together with key stakeholder voices, we are working with the government towards a national strategy that champions the value of beavers as climate change mitigators and key allies in reversing biodiversity loss. We are also hosting the Cornwall Beaver Project alongside Cornwall Wildlife Trust, most recently seen on BBC Springwatch 2020.

Many British institutions are actively involved in pioneering research around beaver reintroduction and landscape restoration across Britain, such as Exeter University, Plymouth University and Southampton University. Landmark trials are also taking place in Devon, and in 2016 Scotland made history for reintroducing the beaver – the first time a UK mammal has been reintroduced.

TTC: What can tree lovers do to support the campaign?

BT: Follow Beaver Trust on social media (@beavertrust) to keep up to date with the latest news on our conversation with Defra and ministers on the future of beavers in England. Donations are also always welcome, to help fund our campaign work and prioritise education and public engagement about these incredible, but complex mammals as widely as possible!